I thought I’d mix it up a bit. You know how much I adore my dark and dangerous men. Well, what about a rugged cowboy bull riding champion who just happens to be a doctor? What if he’s also dominating as heck, taking no shit from anyone, including the upstart female determined to claim his championship? Hmmm…

HOT off the presses and as always, FREE to read if you have a KU Subscription.

“You’re out of your mind.” I issued the words, shocked that he’d think something horrible like a spanking was acceptable in anyone’s society.

“I’m not the thief,” Montana said without emotion. He kept his heated gaze moving up 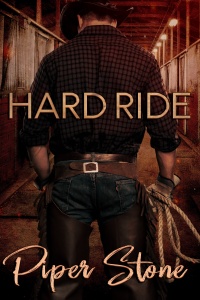 and down the length of my body, no doubt undressing me with his eyes.

I folded my arms, smiling just as sweetly as I had before. “Not a chance, cowboy. You’re not my master.”

He inched even closer until I gathered a whiff of his cologne, the scent just as vibrant and masculine as when I’d entered the house. Everything about the man was intoxicating as well as infuriating. “You have a caustic mouth. You believe yourself to be entitled. You refuse to follow rules. You push every button. You are careless, enough so you could get yourself killed in the arena and you don’t seem to give a shit. Would you like me to go on?”

I had to admit, he was right about the majority of items on his list, but at least one pissed me the hell off. “You’re the entitled one. You think because you’ve won countless rodeos that your shit doesn’t stink. You treat everyone with disrespect, as if they’re lower on the totem pole than you. Well, that shit just doesn’t fly with the majority of people, no matter how popular you pretend to be.”

His eyes flared the same anger I’d seen every time we talked. If he got any closer, his lips would be pressed against mine.

Not a bad thought.

Wait a minute. How in the hell could I crave a man like him? And why was my body reacting, betraying me as if I was a girl with some crush? I took a decided step backwards, my butt hitting the edge of the desk.

It was his turn to smile, even though his gorgeous eyes still held the same level of venom. “As I said. It’s your choice. This is a free country after all.”

I held my own, keeping my body stance almost like a fighter would, prepared to throw hard punches at any moment. However, I had no answer. The two choices weren’t acceptable. Then again, he had me dead to rights, having broken into his home.

Montana shook his head, sliding his phone from his back pocket.

“What are you doing?” I demanded, as if I had a right to demand anything.

He held out his index finger before sliding it across the screen. With one press of a button, he took a deep breath. “Yes, will you connect me with Sheriff Sikes?” He tapped his foot. “Yes, I’ll wait. I’m very happy to wait.”

All the years I’d spend trying to dig myself out of a wretched hole flashed into my mind. All the years of working to achieve a single goal. All the years of being afraid of everything, distrusting everyone. The images and thoughts flew into my mind like a bullet straight from hell. “Wait a minute. Don’t do that. Please. Okay?” I’ll do what you ask.I wasn’t entirely certain I was ready for his brand of justice.

Hesitating, his look stern, he furrowed his brow before lowering his phone, ending the call. “So, you accept your punishment?”

“Punishment. I’m not the bad girl you think I am.”

“Really? You seem to be a manipulative girl who won’t take no for an answer. From what I can tell, you’ve gotten everything you wanted in your life. Daddy’s little princess?”

“How dare you!” I countered, ready to punch him in the gut.

“Because I’m not the criminal and I can tell about girls like you, sweetheart. You think your shit doesn’t stink.”

This time I didn’t hesitate, punching him square in the gut, ready to launch into a series of targeted kicks if he hadn’t grabbed my wrists, pulling them over my head.

“Nice try, sweetheart. You’re no match for me.”

I struggled, huffing and puffing but the man was far too strong. “You’re an asshole.”

“I think you said that already.” Snarling, he shoved me back, shaking his head as he rubbed his forehead. “You need to be locked in a cage.”

Been there, done that.

I almost spouted off the words. “You really are a nasty man.”

“Yeah? Take a number because I’ve heard that shit before.” He paced the floor for a few seconds before snapping his head in my direction. “You know, I would have been happy to teach you the ropes, even give you some private lessons but every time you open your mouth, you issue nasty words. I think you’re terrified of truly asking anyone for help, using your arrogance as a method of hiding. Am I wrong?”

“Yep, that’s exactly what I thought. You don’t give a shit about anyone but yourself.”

“As if you should talk, asshole.”

Exhaling, he closed his eyes for a few seconds, finally shoving his phone into his pocket. “Why would I want to help you in any manner?”

Once again, he’d seen through the solid steel mask into the wayward girl inside. “Because I asked you.” I heard the tentative tone in my voice and loathed the weakness.

“You’re going to receive a hard spanking then we will never speak of this again. Understood?”

I nodded like the wicked child he’d portrayed me to be. This was one of the most humiliating things that had ever happened to me. Thank God, no one else would know about the shame I was going to be forced to endure. “Just get it over with.” I turned around, placing my hands on the desk, huffing and cursing under my breath.

“Not so fast. As I said, we do things the cowboy way.”

“Meaning what?” Asshole. Jerkoff. Disgrace to women.The nasty thoughts lingered in my mind.

“Take off your jeans and panties. I assume you wear panties,” he commanded, the same dark and stormy voice sending more than just a thrill through me. My entire body was tingling, my pussy quivering.

This was ridiculous. He was just a man and a horrible excuse for one at that.

“Over my dead body.” The words were out of my mouth before I could stop them.

“You seem to be hardheaded as they come. You absolutely need a controlling hand in your life, a man who takes no shit.” Instead of being exasperated, Montana was far too calm, as if he knew exactly what I needed.

“And I guess you’re that man.”

What do you think? And of course there’s a dangerous mystery wrapped around all of the yumminess.

Have a great weekend.